Fulton planes owners can now determine if their plane is a model 5272/5260/5262 and what years it was available in the Sears, Roebuck & Co. catalogs

Antique tool enthusiasts are frequently interested in knowing the lineage of their collection.  Artifacts frequently sought after include the manufacturer, era of production, and distinguishing features.  Type studies classifying this information offer a means for collectors, enthusiasts, wood workers, and those who have inherited an unfamiliar tool to better understand the history of their newfound possession.

The purpose of this article is to assist Fulton plane enthusiasts, Sargent & Company plane collectors, Millers Falls Company plane collectors, and anyone interested in antique cast iron bench planes identify catalog years of availability, manufacturer and era of production for Fulton model 5260 and 5262 cast iron hand planes sold by Sears, Roebuck & Co. (S., R. & Co.).  The Fulton model 5272 will also be discussed, but as this model number was also used years earlier, the complete details of the model 5272 are not fully discussed here.

Fulton planes were a Sears, Roebuck & Co. “in-house” brand of hand planes marketed through their catalog beginning in the 1904-05 Fall/Winter catalog and last appearing in the 1943-44 Fall/Winter catalog1.  It is generally believed the Fulton brand name was derived from the location of the Sears, Roebuck & Co. headquarters in the Enterprise building at the corners of Fulton, Des Plaines and Wayman Streets, Chicago, Il.  S., R. & Co. occupied the building from 1896-1902.  Other S., R. & Co. in‑house brand planes included Craftsman, Merit, and Dunlap.  Sears marketed cast iron bench planes in their catalog from 1896 until 1981.

Catalog illustrations and descriptions require corroboration to determine model, identifying features, and manufacturer with any degree of certainty.  For this study, catalog illustrations and descriptions have been verified by the author’s direct observation of hand planes, indirect observation of photographed planes, and consultation with printed works on metallic hand planes.  These finding were cross referenced with established type studies of Stanley Rule & Level Company, Sargent & Company, and Millers Falls Company planes.  Using this study an enthusiast may determine the manufacturer, era of production, and period of catalog availability for his or her Fulton models 5260/5262 planes.

The Fulton model 5272 cast iron bench smoothing plane is listed at either 8” or 8 ½” long with a 1 ¾” cutter.  The length is usually closer to 8 ¾” long.  It is equivalent to the Stanley Bailey No. 3 size bench plane.

The Fulton model 5260 cast iron bench smoothing plane is approximately 9” long with a 2” wide cutter.  It is equivalent to the Stanley Bailey No. 4 size bench plane.

The Fulton model 5262 cast iron bench jack plane is approximately 14” long with a 2” wide cutter.  It is equivalent in size to a Stanley No. 5 plane.

Is my Fulton plane of Sargent or Millers Falls origin? For those new to antique Fulton hand planes, there are some easily recognizable features to help identify the manufacturer of a Fulton plane.  Sargent & Company produced most of the Fulton cast iron bench planes for S., R. & Co. beginning in 1904.  Most Sargent made Fulton planes can be quickly identified by an inverted “U” shaped lateral adjusting lever and a keyhole up cutter design (figure 2).

Millers Falls Company began producing cast iron bench planes in 1929.  All Millers Falls made Fulton planes can be identified by a left-hand bend lateral adjusting lever and a keyhole down cutter design (figure 3).

A walk through the Sears, Roebuck & Co. catalog history of the Fulton model 5200 planes.

The introduction of the Fulton model 5260 plane can be confusing as S., R. & Co. used the model 5260 designator on several non-Fulton planes from 1926-1928.  This was not the case for the Fulton model 5262 plane.  In 1926-27 Fall/Winter catalog the Fulton model 5260 had yet to be introduced and the Fulton 9” cast iron bench plane at the time was designated the model 5264.  However, in this catalog, S., R. & Co. introduced a low-cost non-Fulton 9” plane known as the Jr. Jack plane and gave it the model number 5260 (figure 5).  While published on the same page as the Fulton planes, this plane was not a Fulton branded plane and lacked the Fulton warranty.  This low-cost plane has a brass depth adjusting nut and a keyhole up cutter typical of Sargent & Company origin at that time.  The model 5260 Jr. Jack plane featured a distinctive black enameled lever cap.  The enameled lever cap is an unusual feature among these low-cost model 5260 planes.

In the 1927 Spring/Summer catalog, this low-cost non-Fulton trend continued with the “Bob-Jac” plane (figure 6).  Also designated as a model 5260, this non-Fulton plane was the only other model 5260 plane to have a black enameled lever cap.  This low-cost plane has the same Sargent & Company characteristics as the Jr. Jack plane but also has an inverted “U” lateral lever, further evidence of Sargent origin.  The Fulton 9” plane, model 5264, continued to be the featured 9” bench plane.

In the 1927-28 Fall/Winter catalog, the last of the low-cost non-Fulton model 5260 planes, the “Handy-Man” appears (figure 7).  This plane does not feature the enameled lever cap of its predecessors, but rather a full polished cap.  The keyhole up cutter of Sargent & Company production is visible.  Again, the Fulton 9” model 5264 plane model was available as the guaranteed 9” bench plane.  After this catalog the low-cost 9” non-Fulton bench planes disappeared and the 9” Fulton model 5264 plane would be replaced with the 9” Fulton 5260 plane that is the subject of this study.

The Fulton model 5260/5262 planes in the 1929 Spring/Summer catalog were unchanged from the previous listing, still displaying the right-hand bend lateral of unknown manufacture and the tall knob.  It was in this 1929 catalog that S., R. & Co. introduced the “Merit” brand of hand planes (figure 10).  Merit planes were priced between the premium Craftsman line and the out-going Fulton line.  Merit planes were short lived, last appearing in the 1932-33 Fall/Winter catalog.  Merit planes are largely unknown and a rare find today.

The 1930 Spring/Summer catalog did not reveal any changes to the Fulton model 5260/5262 planes.  All Fulton planes were absent from the 1930-31 Fall/Winter catalog.  Possibly S., R. & Co. was trying to phase out the Fulton brand in addition to addressing business challenges of the Great Depression or possibly this omission of the Fulton line was a catalog error.  This is unlikely, as S., R. & Co. was extraordinarily proficient at catalog design, marketing, and production.

In the 1931 Spring/Summer catalog, Fulton planes reappear (figure 12). The Fulton line appears to enjoy a resurgence of support from S., R. & Co.  The brand now benefits from the introduction of the Fulton model 5272 8” plane.  This is a Stanley No. 3 equivalent size plane.  Based on the number of these planes still in circulation today, the 8” model 5272 appears to have been very successful.  These are of Millers Falls Company manufacture and, through direct observation of a multitude of Fulton model 5272, 5260, and 5262 planes, are confirmed to have the Fulton brand name and model number stamped into the left cheek of the plane, a distinct feature of Millers Falls Company production.  They do not have the “BB” manufacturing code on the cheek or cutter as appears beginning in 1936.  The Merit line was not expanded, harkening problems for this brand’s future.

The Fulton line remained unchanged for the 1931-32 Fall/Winter catalog.

In the 1932 Spring/Summer catalog, Fulton takes on equal footing in the catalog copy with the premier Craftsman brand.  At this point the Fulton catalog illustration changes dramatically (figure 13) and features a keyhole up cutter design of Sargent & Company sourcing.  While the keyhole illustration is not overwhelming evidence of Sargent origin, the catalog illustrations have proven to match up to manufacturer cutter keyhole design for Fulton, Merit, Dunlap, and Craftsman planes over the years.  This indicates the illustrators were somewhat deliberate in their work, depicting differences seen in brands supplied by different manufacturers.  The illustration in figure 13 features the Fulton brand cast in the bed as found on some Sargent made Fulton planes, however, not the model 5260.  The lever cap embossed FULTON appeared a few times in the catalog illustrations during the Fulton era from 1904-1943; but only Merit and Craftsman planes featured embossed lever caps during this period of Fulton plane production.

From 1932 until the end of the 5272/5260/5262 line in the 1935 Spring/Summer catalog, it appears Sargent & Company supplied these planes, however, based on the number of Millers Falls Company-manufactured Fulton 5272 planes still in circulation, coupled with the change in advertised length of the plane, there is it possible that Millers Falls Company may have been providing the Fulton model 5272 in spite of the catalog illustration.  Keep in mind the catalog only illustrates one of the 3 Fulton bench planes offered.

In 1934, a Fulton tote decal appears for the first time.  There are two versions of the decal.  Both feature the brand name FULTON surrounded by two different phrases: “Guaranteed Tools” or “Value Leader” (figure 14).

The “FULTON Guaranteed Tools” decal is the earliest decal and was introduced in 1934.  The S., R. & Co. guarantee of quality was well known and was a significant feature from the inception of Fulton brand introduction (figure 15).

Antique hand plane type studies are always evolving as lost artifacts are discovered in old tool chests and barns.  The author is interested in findings that may add to or modify the information presented here.  Please provide any comments or contributions via email at:  Fulton.Planes@comcast.net. 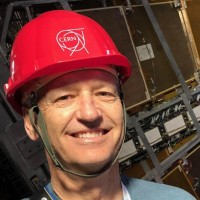 About the Author Greg Ricketts

A retired Federal Aviation Administration manager, I grew up around tools on my grandparent's farm in northern Idaho. Grandfather was a finish carpenter and my father was also a handy former farm-kid. Retirement in 2018 has allowed me the time to pursue wood working and restoring antique tools.

A Fulton of a different breed